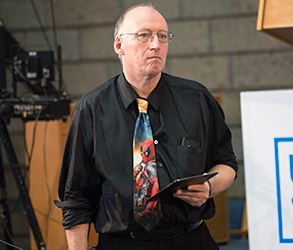 I have decided to apply for the position of Executive Director of the United Nations Environment Programme (UNEP).

I wanted to go over in two blogs first who I am and then second what my vision would be.

In these blogs I will share what people have said over the years about my work. These quotes do not indicate they are supporting me for UNEP Executive Director.

“Felix Dodds deserves high respect and admiration for his unswerving and dedicated efforts as one of the key leaders of the global NGO movement for sustainable development for several decades."

I believe that we are living in an almost-unprecedented period of complex and rapidly-shifting challenges to multilateralism, layered on top of the multiple threats to ours and all other species on this planet.

UNEP needs to fulfil its essential role in leading nations and stakeholders to creatively work together in ensuring that these threats are addressed and resolved effectively.

Governments naturally underpin our multilateral system, but today’s challenges require also multi-stakeholder responses. All of us need to be working together.

Over my entire career, I have been a strong advocate for multilateralism in all its forms. I have taken a leadership role in highlighting the issues such as:

In this I have been a consistent advocate for the United Nations its mission and its values and the leadership role it can play in these difficult times.
I recognize that it is less-than-traditional for one to apply for head of a UN Programme or Agency from outside the customary roles of Minister, senior official or Ambassador, but I believe I have acquired many of the same and additional experiences and skills through decades of experience advising and consulting for national governments and UN agencies/programmes, and working with extensive international coalitions of NGOs, IGOs, sub-national governments and the private sector. More significantly, I have often worked in the interface between those organisations and national governments in multiple UN processes, covering a wide range of sectoral and most recently nexus areas.
"There is hardly anyone who knows the international sustainable development scene better than Felix Dodds. A lot of the progress that has been achieved over the past twenty years could not have been achieved without his engagement and input."
Adnan Z. Amin, Director-General, International Renewable Energy Agency (2015)

Given the extraordinary sectoral, economic and political challenges of the times, I believe that the skills and relationships gained in such experience is essential to UNEP playing its role in successfully addressing the complex issues we face – in no small part by bringing different sets of stakeholders to the table around results-based initiatives.

This continues on my blog here.